Looking though some bins and I found a quilt top that needed to be quilted… This particular top was made with orphan blocks that my friend had destashed so I assembled it together using the leftover fabrics that was sent with it.

Along with it was some backing fabric but not enough.. The quilt was 55 inches wide and my backing comes in 45″.   As you can see the backing is not wide enough.

So I looked to see what I had left over in the same materials that the top used.. I still had  chunks of the focal fabric and some of the purple that was used. 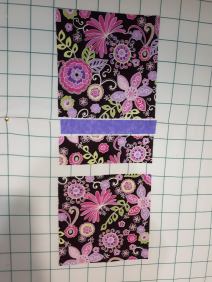 Now I had to decide where to place this pieced strip in the backing piece of fabric.. I do not want to center it as it is to difficult to do a perfect center. so i found the mid way of the fabric where the fold line is and moved over 6″ where I cut the fabric lengthwise. 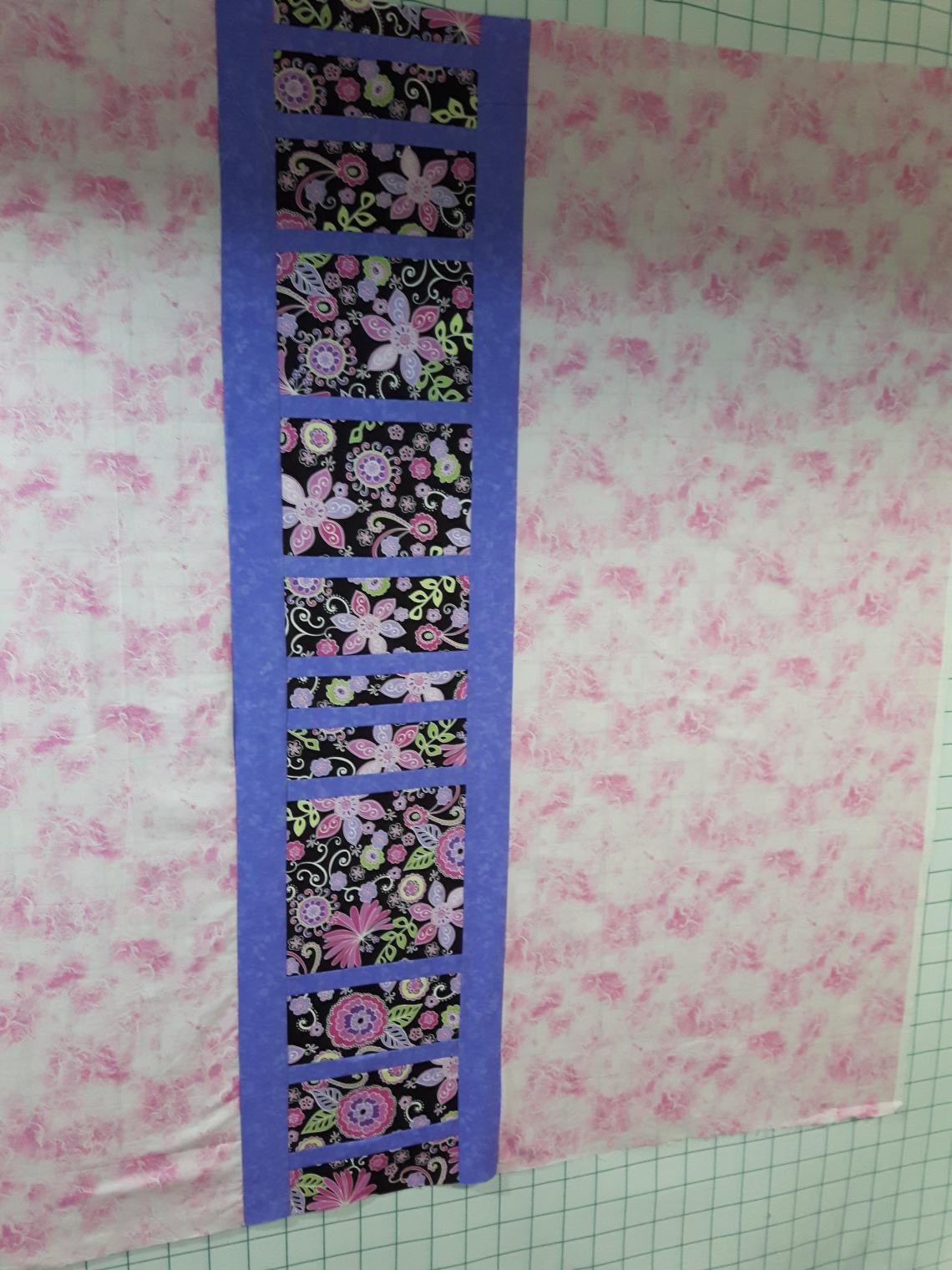 This is a simple way to expand the backing fabric when you do not have enough.  It cordinaates with the top of the quilt.  You can used extra blocks in the same manner.