Learned something interesting.. We opened a bank account a few years ago for Willard.  Since he had not used it and it had a 0 balance the bank took it upon themselves to close his account.. How did i find this out.. I tried to transfer him some cash so he could have some at camp in Vernon BC.  the 1st transfer came  back returned no auto deposit.. the 2nd one he could not deposit.. After contacting the home branch we learned the account had been closed. It’s a good think that  he did not need the money for an emergency.  I think the lesson learned here is alway keep a balance in your account and use it every few months so it does not fall dormant.

Block 17 this one has templates for the whole block also. 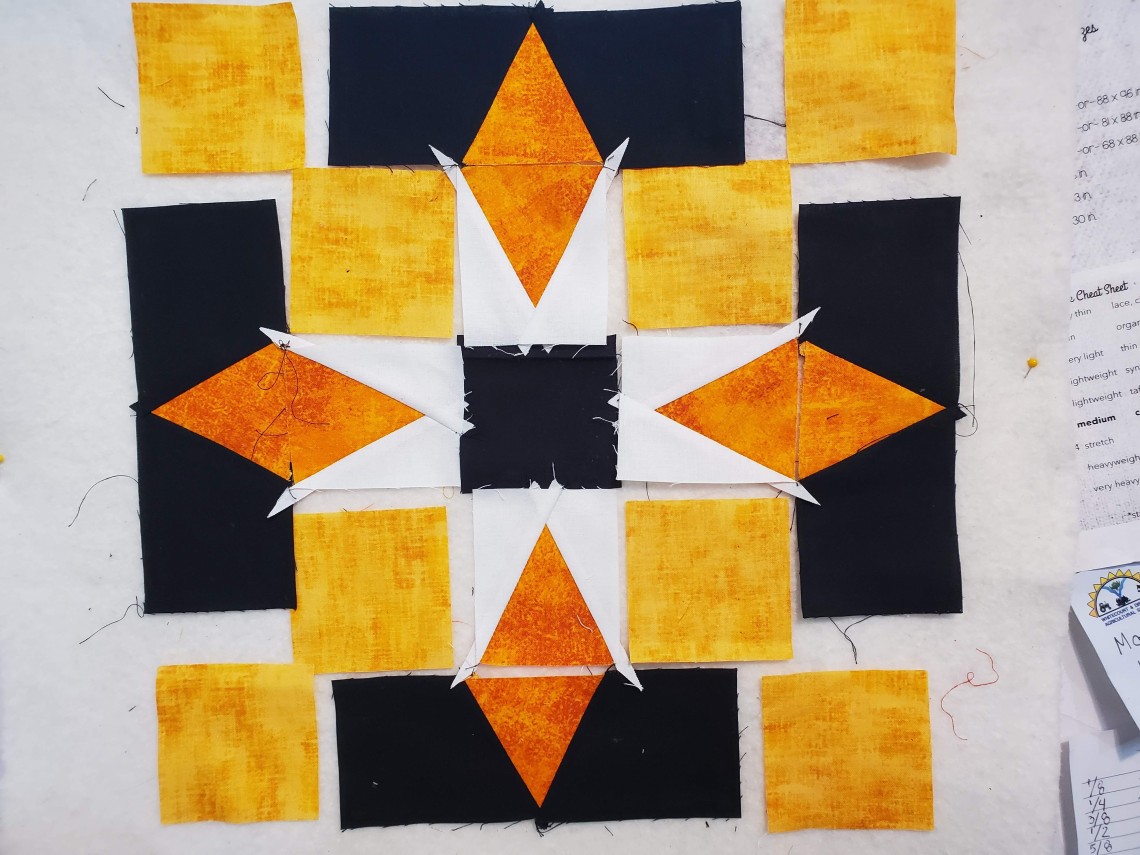 Start this block with the white star pints and dark orange. Watch the orientation of the triangle long sides sew to white patch.   line up the bottom of the patch if possible.. Use the templates to get the nicely trimmed corners.  sew press towards the white to lessen bulk. 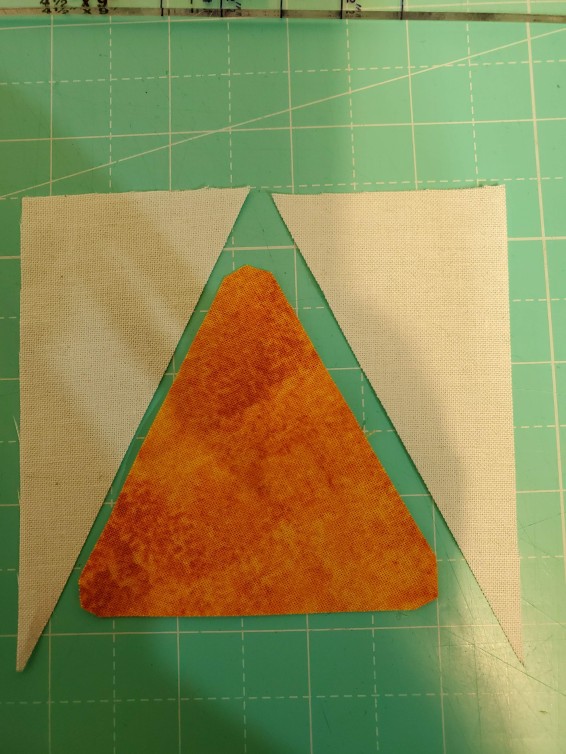 Assemble the center 9 patch.  line up the large edge or the orange with the light orange patches

Last is to sew the short outer border sections, then the long outer sections 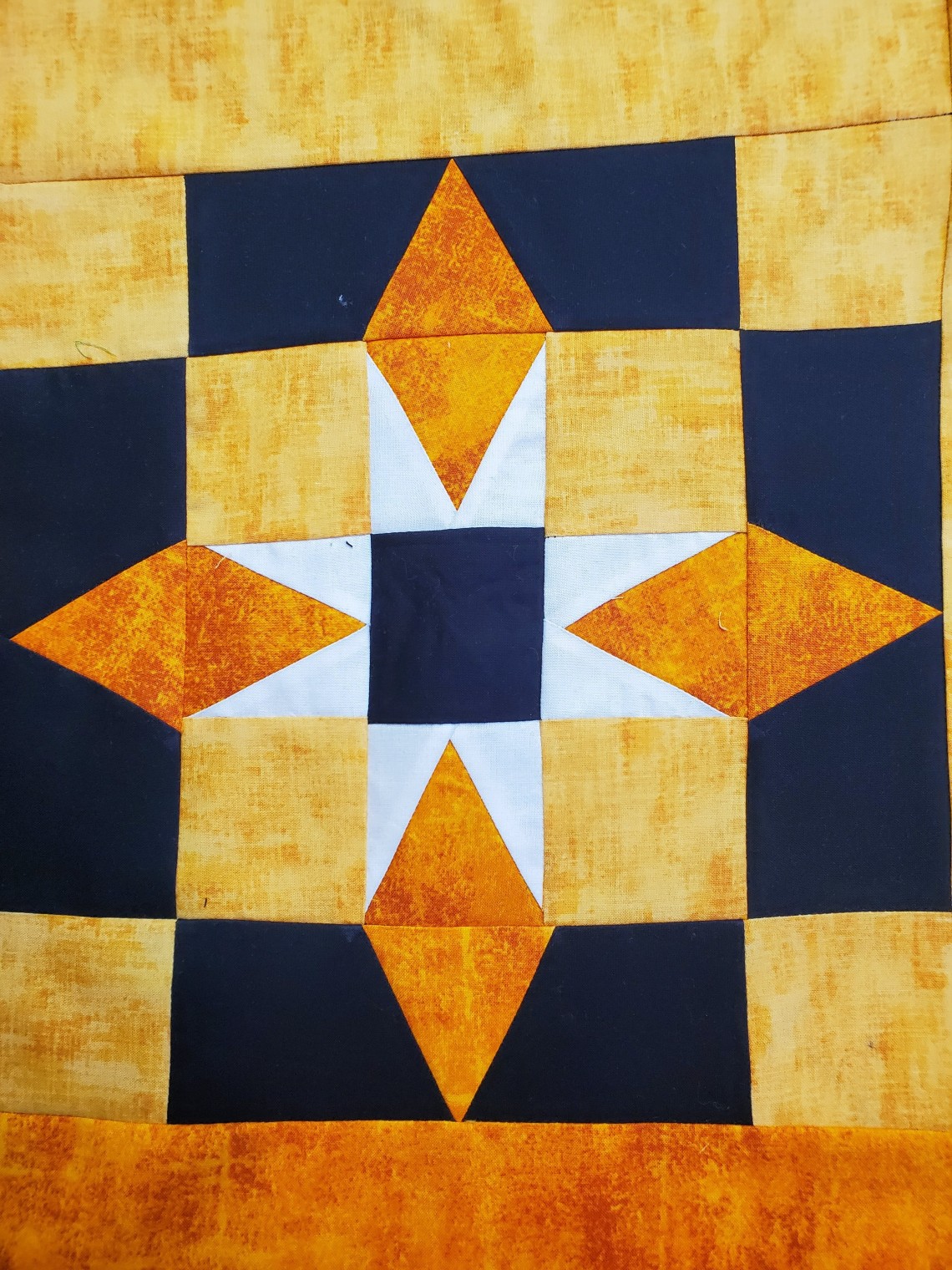